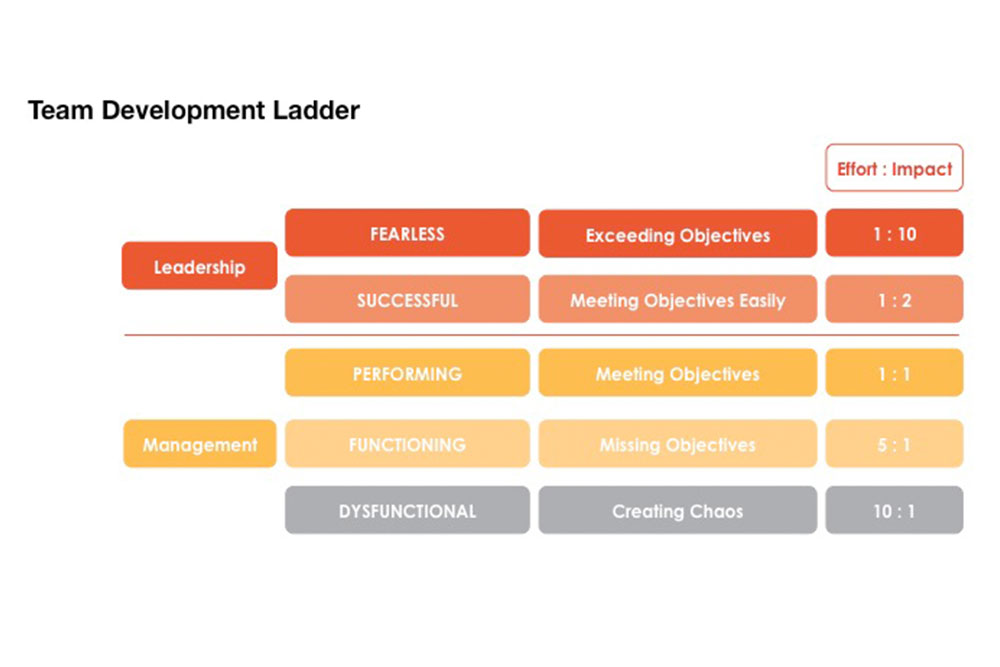 Recently I was working with a team exploring ways they could be more effective and become a Fearless Team. Their goal was to move from Performing to Successful on the Team Development Ladder.

In this situation, teams often enthusiastically generate a list of things they could do… New ways of engaging, new projects, additional performance measures, etc.

Sometimes the gold is in what we drop and not what we embrace. This team came up with a concept I liked so much I want to share it with you – ‘Bless and Release’. They explored the ‘stuff’ they could thank and let go, to free up ‘space’ for new stuff.

4 areas your team could Bless and Release.

Over to you. What could your team could Bless and Release to become a Fearless Team?