Do you have the influencing skills of a chimp?

Do you have the influencing skills of a chimp? 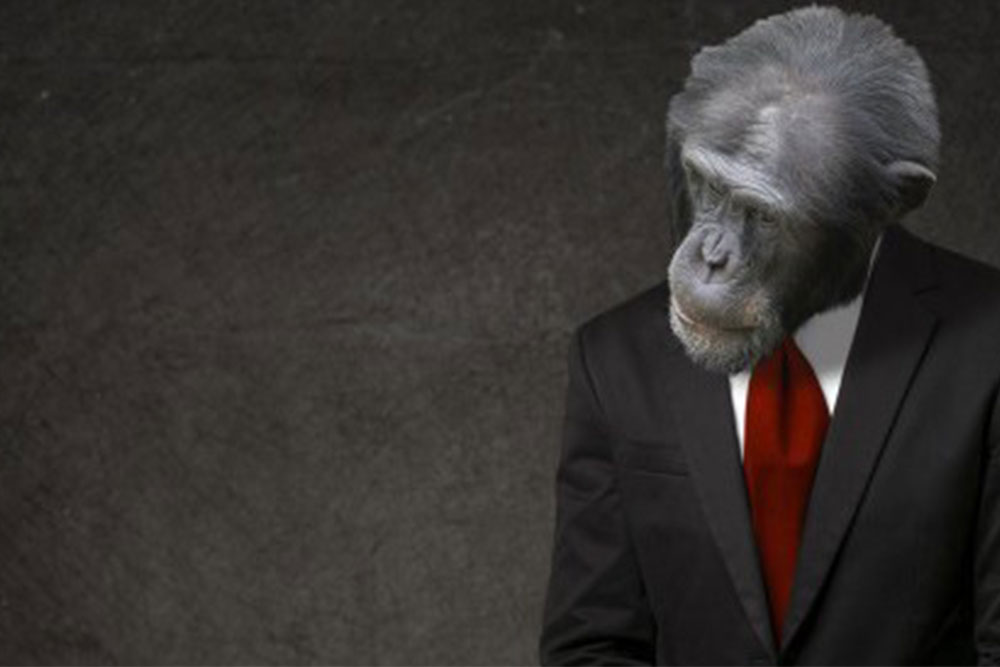 Dr. Frans de Waal is a primatologist known to have spent his life studying the behavior and social intelligence of primates. His research and books draw parallels between primate and human behavior.

I recently enjoyed his Ted Talk ‘Moral behaviour in animals’ which demonstrates that (some) animals are capable of fairness, reciprocity, empathy, and cooperation, traits we typically associate with being human.

His research into altruism tested the question ‘Do chimpanzees care about the welfare of someone else?’ Two chimps were positioned side by side and one was given a bucket with two different types of tokens to choose from:

The findings showed that the chimps preferred the pro-social token. If the partner draws attention to themselves in an appropriate way, the chimp choosing is more likely to make the pro-social choice*.

Of more interest to me was what happened next …  If the partner begins to put pressure on (in the case of chimps, being intimidating and spitting water), the chimp making the choice makes less pro-social choices.

It seems that chimps do care about the welfare of one another, and if influenced appropriately will make pro-social choices. Conversely if they are threatened and pushed, they will dig in and punish their partner with selfish choices!

One of the implied premises from Frans de Waal’s work is that we are more like animals that we think.

So how are your influencing skills? When you threaten and spit water (or adopt your non-primate version of that behavior), are you being punished? What more ‘pro-social’ ways of influencing could you embrace?

If you need some help developing influence, enroll for my next Cut Through Communication program on Tuesday 3 March. Attending this program will help you to get heard and influence powerfully.