Shortpress : Expert tips on how to deliver negative feedback to employees

Shortpress : Expert tips on how to deliver negative feedback to employees 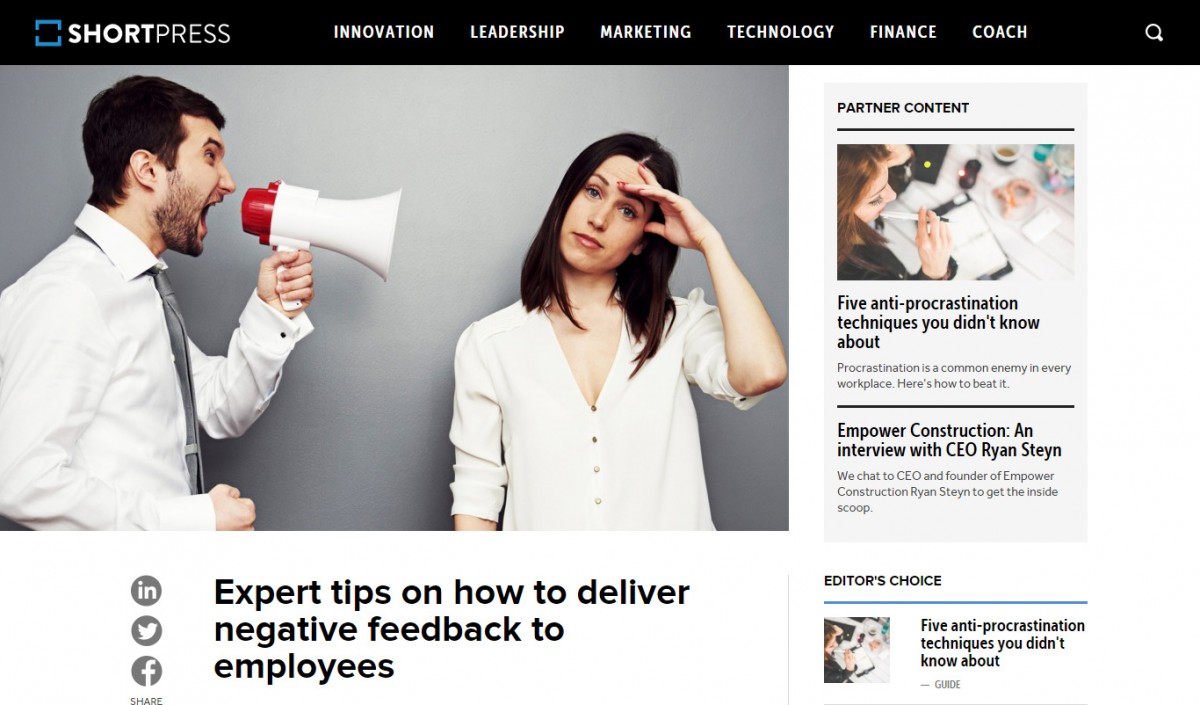 Giving feedback to employees helps keep your team motivated and on track. But finding the right way to deliver criticism can be a balancing act.

Experts agree – honesty is the best policy. However, the truth can be a bitter pill for some to swallow, says leadership coach Corrinne Armour.

“Most of us are not eager to upset others, which makes it easy to justify delayed responses or missed feedback opportunities. However, avoiding the tough stuff can have major consequences. Employers must make the effort.”

Fear of confrontation holds some managers back. But withholding criticism is like asking someone to complete a crossword without providing all the clues, Armour says.

“Employers who do not provide feedback to their people stifle growth, limit potential and ultimately impact performance,” she says.

The good news is there are ways to deliver feedback sensitively. Start by sticking to the facts and leaving emotions out, says business strategist Phil Sealy.

“Feedback should only include relevant and factual information about the incident and what has been observed or reported with the truth being told,” he says.

“It should never be based on the employer’s personal feelings towards the person or the situation.”

Providing feedback is critical for a business’ growth and improvement, but there are times when it should be held back.

When negative criticism is warranted, but cannot be delivered privately, Sealy advises waiting for a one-on-one opportunity. Special occasions such as an employee’s birthday or Christmas Eve should be avoided, if possible. And unsubstantiated or hurtful feedback from a third-party should always be examined for accuracy.

“Unconstructive criticism that is a blatant personal attack with no facts to support it may be kept from the employee if the employer feels it will negatively impact the employee,” he says.

“When there is insufficient evidence to suggest the feedback is true, it should be withheld until the situation is investigated further to prove the claims.”

“Offer a compliment or positive observation, followed by a constructive point and finish on a positive note,” he says.

“Some people dislike this method so don’t use it with everyone.”