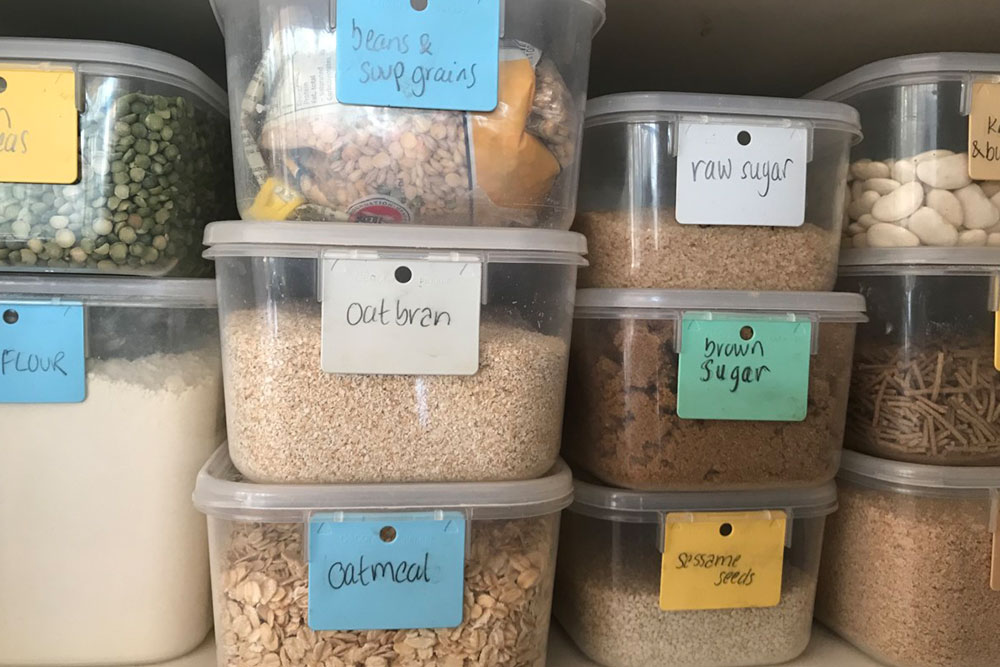 In my pantry there is a shelf that is neat and organized with stackable plastic boxes; everything is labeled and in its place*. It’s a control freak’s paradise!

It wasn’t always this way…. Before the plastic magic, I had odd shaped and sized jars, ice cream containers, loose packets, open boxes. And my life was just fine.

Then I began IVF. Pre-IVF I had always been very much in control of my life – my world ran according to my design. IVF changed all that, as I handed my body over to my specialist, and lost control of emotions thanks to the hormones pumped into me. Even my diary was limited by the need for injections and then surgery…

With the benefit of hindsight and an understanding of neuroscience, I see it very clearly now. The pantry was an attempt to seize control when I felt out of control.

Luckily the only danger in a major expense in designer plastic was the financial hit, which at the time I couldn’t really afford! No-one or nothing else was at risk by my behaviour.

This is often not the case in an organisational context. When people lose autonomy, they can feel under threat – organisational restructures, technology upgrades, a micromanaging boss – and their efforts to win back control may come at the expense of team effectiveness or organisational results.

Perhaps it would be helpful for you to consider:

PS: In case you are wondering, after years of IVF (which included the incredible generosity of an egg donor) we stopped IVF and have adopted two beautiful girls who are now 9 and 12. Turns out that the lack of control experienced in IVF is good training for parenting!!!

* I make my own muesli, so where you might have one box of cereal, I have 15 boxes of grains, seeds, nuts etc. I cook a lot of Asian food, so need all the bits. And then there are various flours, etc.

** Numerous research studies have shown that stress that’s seen as inescapable can be highly destructive, while the same level of stress that’s perceived as escapable is a lot less destructive. See ‘SCARF: a brain-based model for collaborating with and influencing others’, David Rock, NLI Journal Issue One 2008